“Make It Jump!”: How to Explain Movement for Animation. 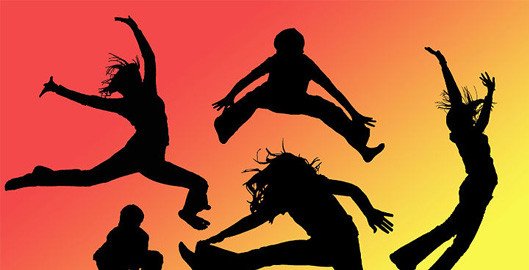 When commissioning a video or animation it can be tricky to explain movement. Can you tell someone exactly how a certain object or text should move on the screen?

Usually this is left to the motion graphic artists to figure out, but here is a quick guide with examples of animation types which hopefully will make it easy for anyone to explain the movement they envision in their heads.

One of the most useful tools we use here at TypeVideos when creating animations is called Ease and Wizz. A lot of the animation used in motion graphics and cartoons try to mimmic some of the most basic principles of physics such as speed, elasticity, deceleration, gravity and more.

Easy and Wizz is a set of expressions for After Effects that helps us add some of these visual motion effects and common movements that occur in animations. Here are a few examples of the cool setting Ease and Wizz allows for:

As you can see, Ease and Wizz offers a wide variety of animation settings, all of which can be applied to your video. Remember that too much movement may get your audience confused, so pick your animation carefully.

The Illusion of Life

Another great resource for understanding and explaining motion is this video by motion graphic artist Cento Lodigiani, detailing the 12 basic principles of animation developed by some of the first animators at Walt Disney Studios during the 1930s.

We hope the examples above can help you explain movement for your ideas better and also give you a sense of what is possible with animation.

So, next time you need a certain text or object to move in your video don’t just say “make it jump”, tell us exactly how you want it to jump!

We look forward to hearing from you and turning all those movements inside your head into an amazing video.

Just add your Name and Email below and we will send you the free ebook!